Historical Background
The European countries addressed for decades the nuclear proliferation risks. Most of the commitments made by the involved states during previous years have already been fulfilled. In particular, considerable progress was made in strengthening nuclear security, while recognising that continuous efforts are still needed to achieve that goal.

In a combined effort to minimise nuclear proliferation risks, research reactors from all over the world have joined in a project aiming at reducing the enrichment of their fuels. To support these international non-proliferation efforts, the European high-performance research reactors have launched studies aiming at converting their fuels to a significantly lower level of enrichment, and if possible to Low Enriched Uranium (LEU). These studies consist of a joint fuel development program with reactor-specific conversion efforts following the application of that fuel.

The final goal of this project is to remove Highly Enriched Uranium (HEU) fuel from the civil nuclear fuel cycle as far as is reasonable. This purpose is also set out in the 2014 Hague Nuclear Security Summit Communiqué.

We [...] encourage States to continue to minimise the use of HEU through the conversion of reactor fuel from HEU to LEU, where technically and economically feasible, and in this regard welcome cooperation on technologies facilitating such conversion.
The Hague Nuclear Security Summit 2014 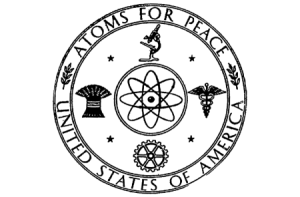 Nuclear terrorism is one of the most challenging threats to international security, and strong nuclear security measures are the most effective means to prevent terrorists, criminals, or other unauthorized actors from acquiring nuclear materials.
Washington Nuclear Security Summit 2010 Communiqué
Back To Top
Copyright © 2021 Technische Universität München - Design base: template mo